Editorial: Let’s unite to fight back the grievous constitutional crime 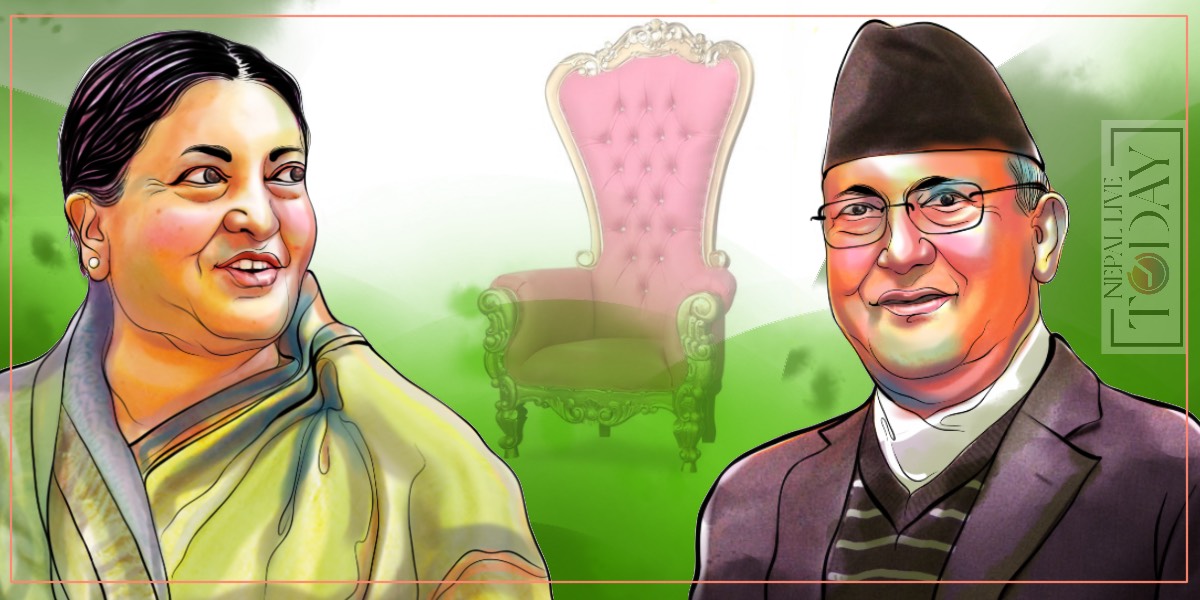 There is anguish, resentment and anger against the government in Nepal following yet another unconstitutional, illegitimate and politically objectionable move by Prime Minister K P Sharma Oli and President Bidhya Devi Bhandari to dissolve the House of Representatives and announce elections for November. It all looked perfectly planned.

On May 20, Prime Minister Oli made a sudden move asking the president to make a call to form the new government as per the provision of Article 76 (5) of the constitution. Oli had been reappointed Prime Minister on May 13 as the leader of the largest party of parliament (CPN-UML) after he lost confidence vote on May 10. Constitution requires him to prove vote of confidence in parliament by or before June 13. But he subverted this rule, perhaps sensing that he would fail the test. President Bhandari swiftly made the call to a member of House of Representatives to come forward with the grounds to prove parliament’s support to stake claim on the post of Prime Minister, setting 5 PM of Friday, May 21 as the deadline.  On May 20, it was beginning to feel President Bhandari and PM Oli were in connivance. It got proved on May 21.

After the unconstitutional move of December 20 was overruled by the Supreme Court, the efforts of the PM and the President should have been to allow the House to function for full term.

Nepali Congress, Maoist Center, Madhav Nepal faction of UML and Upendra Yadav-Baburam Bhattarai faction of Janata Samajbadi Party Nepal (JSPN) came around to replace Oli.  They are said to have reached the Office of the President with the signatures of 149 MPs.  That afternoon PM Oli was in a hurriedly called press meet where he said that he would vacate the seat for whoever would be able to secure majority, that he was really not interested to become the PM again. But few hours later, he presented himself in a different version. He claimed he had the support of 153 MPs and staked claim for the post. It was a case of a Prime Minister claiming to become a prime minister by skipping a due process. Nepali Congress claims they were the ones to reach Shital Niwas first and that their claims were legitimate.  PM Oli argued otherwise. There were accusations and counteraccusations of misuse and forgery of signatures. These signatures should have been verified and the leader with the legitimate claim appointed new PM. President played foul here. She declared both claims illegitimate. Then Oli recommended dissolution of the House of Representatives and President endorsed it within a matter of seconds.

Without doubt, this is no less than a constitutional crime. The President has been a partner in this crime. PM Oli had dissolved the House on December 20, 2020 without any legitimate ground and the President had endorsed it quickly. She did the same this time around too. We regard it as a constitutional crime because it is going to take us to long instability and uncertainty. After the unconstitutional move of December 20 was overruled by the Supreme Court, the efforts of the PM and the President should have been to allow the House to function for full term.

Needless to say, political parties, civil society and media need to stand united and raise voice together against this constitutional crime. But while doing so, we must also abstain from behaviors and activities that could contribute to further spread of the pandemic. The case is certainly going to land into the Supreme Court, which already has set a precedent in what context the PM can dissolve the House. We can hope for a wise verdict from the Supreme Court. It must also be noted that for this day to come Nepali Congress, Maoist Center, Madhav Nepal faction of UML, and Baburam Bhattarai-Upendra Yadav faction of JSPN are also responsible. Now they seem to be utterly distraught but they never stood together to resist the authoritarian behaviors of K P Oli. Madhav Nepal was vacillating until last week, Nepali Congress consolidated its opposition only after Oli announced to take vote of confidence early May.  They should have been able to foresee that Oli would cross all constitutional and democratic boundaries. Even today, leaders seem to be divided. Those who are supposed to be committed to the democratic values are supporting this undemocratic and unconstitutional move. Such division will only help to justify the unconstitutional move. In this battle for safeguarding constitution and democracy, we must all stand united.