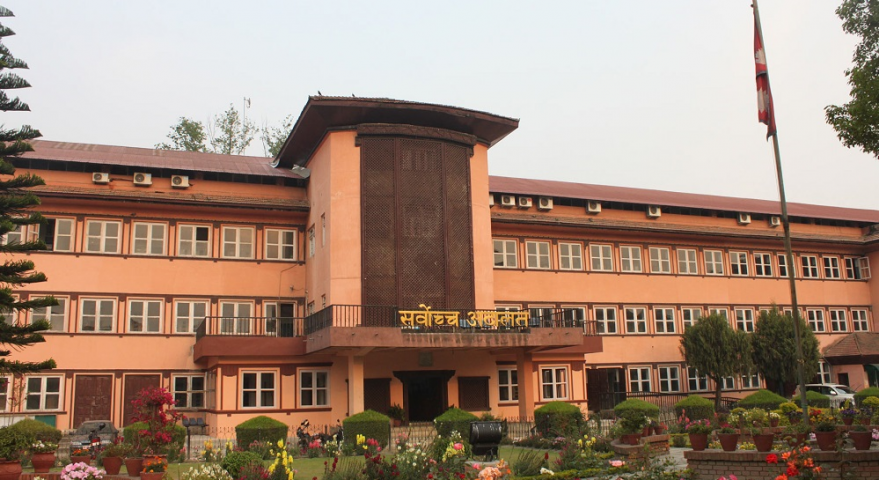 Kathmandu: The Supreme Court (SC) on Thursday refused to issue an interim order in writs filed against the dissolution of the House of Representatives.

A single bench of Chief Justice Cholendra Shumsher JBR forwarded the petitions to the Constitutional Bench after a preliminary hearing on 19 writs filed challenging the dissolution. Four out of 19 petitions have been filed seeking the appointment of K P Sharma Oli as the Prime Minister in accordance with Article 76 (5) of the Constitution.

A total of 30 writs have been filed at the apex court against House dissolution. A Constitutional Bench headed by CJ Rana will hear the cases together on Friday. Earlier, on February 23, the court had reinstated the House of Representatives after two months of the hearing.

During the initial hearing, advocates on behalf of the writ petitioners had demanded to form an extended full bench comprising more than 11 Justices to hear the case. Advocate Lokendra Oli had demanded the case be heard by the extended full bench arguing that a serious constitutional interpretation was required as the House of Representatives was dissolved for the second time. The bench, however, rejected the demand and forwarded the cases to the Constitutional Bench.

Legal practitioners and opposition alliance had moved the court after President Bidhya Devi Bhandari, in the wee hours of Saturday, dissolved the House of Representatives and announced mid-term elections to be held in two phases.

The opposition alliance had moved the court with signatures of 146 lawmakers seeking a mandamus order to reinstate the House of Representatives and appoint Nepali Congress President Sher Bahadur Deuba as Prime Minister.